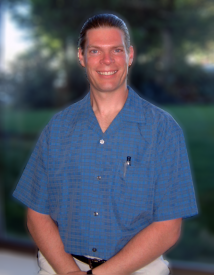 When Nick Rinard founded MDT of Portland, PC (now Nick Rinard Physical Therapy)  in 1999, it was the first clinic in Portland devoted to the MDT Method and to this day, it continues to be the best.

Nick began his studies in PT as a Manual Therapist, which is the most stringent course of study. At the time Nick was in school, MDT was still known as “McKenzie” and was not well-known. So, to judge the method for himself, Nick attended a 4-day seminar. What he saw there changed him forever.

“The instructor evaluated patients he’d never met before who were very difficult cases, and he would treat them on the spot,” Nick says. “The results were right there for everybody to see.”

Nick’s dedication to MDT encouraged him to learn as much as possible about the method.  He pursued further education under Dr Mark Laslett FNZCP, PhD, Dip MT, Dip MDT, eventually becoming one of three people in the world teaching Dr Laslett’s courses.

Though Nick still sees patients on a daily basis, his role has shifted to be more of a mentor and consult to our other therapists for extremely difficult cases.